PTSD after ICU and critical illness

As I close my eyes to rest my weary brain…I’m surrounded by the beeps of machines monitoring my body. I feel the cool air of the sterile environment of the operating room brush over my skin. The bright lights above me shining light on my fragile body lying on the hard metal of the operating table. I see the busy operating staff bustling around me getting ready. Taste the metallic taste of the anesthetic and then…I’m in a bed with monitors all around me. Noises. I can’t move. I’m in the Intensive Care Unit (ICU). 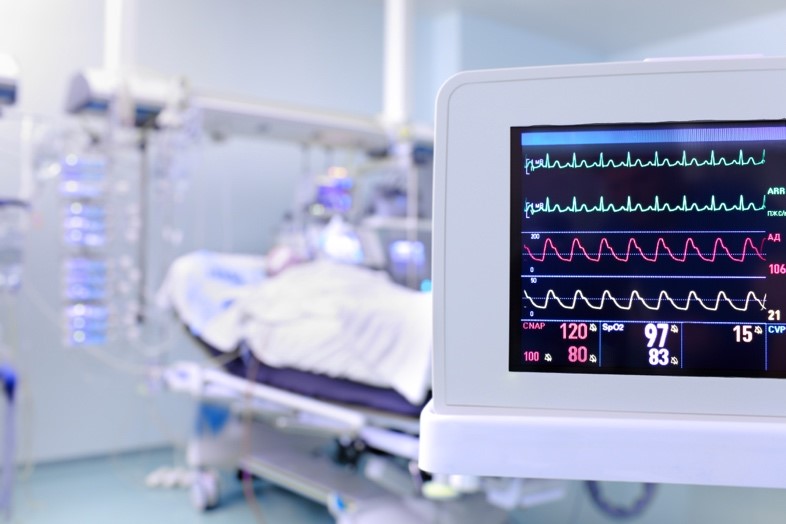 Then I really open my eyes.

I’m at home in my own bed. In my own home. There’s no monitors, no operating theatre and I’m not in the ICU. It’s just me and the haunting film reel that starts every time I close my eyes.

It’s been six months since my brain surgery for a non-malignant brain tumor that decided to become a rebel.

There is nothing ‘normal’ about having brain surgery. However, the circumstances that led to my surgery were far from normal.

Two misdiagnoses followed by being flown across the country for life saving brain surgery. My brain was swollen. Five days in ICU, post operative chemical meningitis and two weeks away from home. I didn’t know to expect a psychological ravage to infiltrate my mind as I recovered.

PTSD – from the war zone of our own body

Post-traumatic stress disorder (PTSD) is often thought of as a symptom of warfare, major catastrophe or assault. It’s not often considered in patients who survive a critical illness or stay in the ICU.

In a recent study, researchers found that nearly one-quarter of ICU patients suffer from PTSD.1

I guess I fell in that quarter?

Research also shows us that a majority of patients diagnosed with breast cancer can also go on to develop symptoms of post-traumatic stress disorder. 3

PTSD can happen after any life-threatening situation and for us mere mortals, medical illness and disease mean PTSD is something we need to be more aware of – as patients and health care professionals.

I didn’t realize I had PTSD until I visited a clinical psychologist nine months after my brain surgery.

A dear friend had suggested I see a psychologist after my many physical set backs.

This was by far one of the best decisions I made for my health and recovery.

The film reel that played each time I closed my eyes, or each time a scent or sound that had a connection to those surreal days in the hospital triggered those images and overwhelming feelings. That was the PTSD talking. I also experienced feelings of inadequacy, vulnerability and a lack of confidence. I thought this was due to my short-term memory loss and extreme fatigue. That was also the PTSD.

The way out from PTSD

Nine months after my amazing brain had undergone the injury from the brain tumor, surgery and meningitis – we now needed to help it heal in a different way. My brain was still in ‘fight and flight mode’. It thought it still needed to survive. I needed to let it know “You are okay, you have survived.”

My treatment involved regular counselling and meditation. This continued for months. Eventually, the symptoms lessened. My brain continued to heal from the surgery at the same time.

“Brain time” I call it. Your mind and your brain take their own time to heal. When they are ready – it will come right. And it did. That film reel was no longer playing, the noises were gone.  There was silence.

Another part of my treatment, unbeknown to me, started straight after my brain surgery. I started writing to deal with the flurry of emotions I was having and feeling. I truly believe that writing was instrumental in helping me deal with what had happened.

How to be proactive about PTSD

It inspired me to hear that hospitals, such as John’s Hopkins and many in Europe, are using ICU diaries to help prevent PTSD in ICU and improve patient recovery 1. ICU diaries help patients and staff chart goals, milestones and what happened during an often surreal, drug induced and sleep deprived time. 4

An excellent podcast on the topic of PTSD in ICU and after life threatening illness can be found at CBC’s White Coat, Black Art “PTSD in the hospital.”

It’s often when the crisis of illness is over that we breathe a sigh of relief. Unfortunately, that can be when the next battle comes. The battle of the mind.

If we are prepared, or even proactive and know about it in advance – we are more equipped and ready!

Would love to hear your thoughts on this subject, experience with or even story on PTSD.

About the Author: clairesnyman

This site uses Akismet to reduce spam. Learn how your comment data is processed.